Menu
BELIEVING, LEARNING AND SHARING TOGETHER: School is now open for the children of key workers only. If you need to book a childcare place, please contact the school office: 01254 812581 or email bursar@mellor.lancs.sch.uk Remote learning pages are updated on a weekly basis for children being educated at home. IF YOU HAVE A CHANGE OF CONTACT DETAILS PLEASE CAN YOU NOTIFY THE SCHOOL OFFICE ASAP. Log in

If the room hadn’t been covered in a blanket of dust then really it would have looked quite lovely – except for the fact that there were no windows anywhere. It looked quite uninhabited; there was an ornate, silver jug with an intricate pattern covering it, in desperate need of a polish and although it rested on the cabinet – where it ought to be – a spider had fashioned a web on the inside of the handle. This was not the only web for there were hundreds of wispy cobwebs dangling down from the ceiling and an unoccupied one stretching across the width of the room.

Just like the rest of the room, the floor was hidden by years’ worth of grime, except there were two clear sets of footprints that led to the bookcase but only one that came back to the door. If you were an extremely observant person then you would know that if you looked close enough behind the bookcase you would notice a thin, gold door handle. However, not many people dared go that close because the room behind it reeked through the door of only one thing.

Ella is an imaginative girl and, along with her best friend Isabel, they form a top secret detective society. However, so far their only case has been the case of Lilly’s missing watch (it turned out that Lyra had taken it as revenge for (Lilly) making her jump after sports).

Ella is intelligent and inquisitive and since they have formed their detective society she has been drawing and writing (in shorthand) any suspicious movements. Her curiosity often gets the better of her and ever since Y7 she has learnt to lip read, meaning she often finds out things she shouldn’t know about at all. Ella is extremely observant and usually the one with the plan (Isabel isn’t the type who plans and often tries to jump to conclusions). Additionally, Ella is extremely bright and logical as well as being sporty and athletic.

Untameable, long but fine, chestnut hair with naturally tight curls covers Ella’s head. Although this is a key feature to her appearance, nobody fails to notice her emerald eyes that are as sharp as an eagle. Isabel is used to seeing her friend give everyone she meets an all-comprehensive glance but she is so quick in doing it that no-one notices her jewel-eyes move. 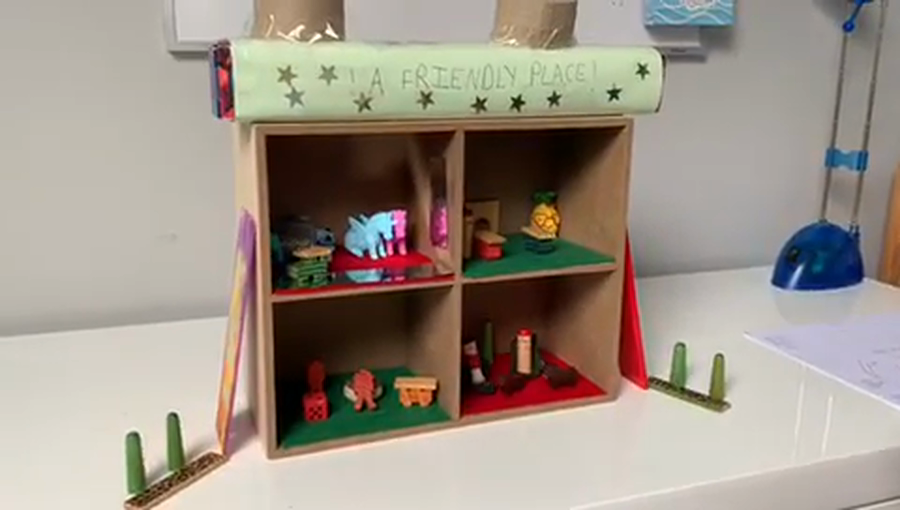